What should we expect in the next few months in terms of SEO for Google?

Latest Articles
What is CLV and how can you use it to increase profits?Why a mobile website is no longer just a ‘nice-to-have’Ensure a high conversion rate from your landing page.Google partners with Nestle to promote latest Android OSHow football clubs use social media
May 16, 2013More from Digital marketing

Matt Cutts recently released a new video to prepare search engine optimisers for what they can expect in the coming months.

Here is the video:

The headline piece of news from Matt’s post was that over the coming months SEOs can expect big changes with the launch of Penguin 2.0.

The objective of the update is to continue combating black hat web spam – and the update will be more comprehensive than Penguin 1.0, which had massive repercussions in the SEO world when it launched back in 2012 – especially for SEO’s working on unethical link practices.

With that in mind, we can expect to see some major changes in search results and visibility over the coming months. Not every update is perfect too – some perfectly respectable websites got penalised rather harshly during the Penguin and Panda updates in 2012 so let’s hope the guy’s at Google can serve truer justice this year.

Penguin 2.0 – The Penguin Strikes Back, expect Google Penguin to make big waves this summer. We couldn’t talk about Penguin without showing a nice picture of one to make you smile

Matt also listed that upcoming releases will look to target the flow of PageRank for paid links and advertising. He said that some websites are currently not disclosing that a link, advert or article was sponsored – so they will be looking to stop ‘link juice’ from passing in these instances, as it violates Google Webmaster Guidelines.

They will be looking for webmasters to clearly label when such a link is sponsored or paid – so it will be worth SEOs in the coming months clearly marking up any advertising to avoid any types of penalisation.

Another element of search the Google spam team are looking to address over the summer is particular niches and phrases that have been commonly targeted by spammers. Mr. Cutts made reference to the ‘payday loan’ market – which has been spammed by black hatters for a long time now. So again expect radical changes in markets where black hat methodology is rife (gambling, adult sites, pharmaceuticals and loans are likely target areas for change).

In long term developments, Matt announced the spam team have been working on a new system that conducts a “more sophisticated” link analysis. This in the future could be a significant development for the SEO world as having any remote association with a site marked as potential spam could be negative.

A good feature for webmasters Matt referred to was the development of tools for detecting hacked websites. Many website owners can be unaware that their site has been hacked to place links or inject script and malware into their code, so a detection tool with guidance on how to address it will be very handy indeed!

One final nugget of good news was his Matt’s mention of newly defined signals for Panda. Google hope that these new signals will separate the websites that sit in the middle of “this is a well-designed website” and “this is a poorly designed website”. So, if you were penalised by a Panda update in the past – you could well find that this upcoming update will soften the effect.

So that’s what you can look to expect from Google in the summer months of 2013! Expect some significant changes to the search result landscape and we’re hoping for our good work to be rewarded further as the less ethical, black hat SEO’s suffer! 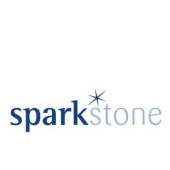